Disclaimer: This article contains some technical jargon that may not be familiar to those who haven’t built a computer before. You’ve been warned!

Whether you’re a programmer, designer, tech consultant or even just an avid member of the tech community, the computer you use matters. You could argue that the environment you work in matters even more. You’re not going to be very productive if your workstation is in a spot where you’re susceptible to constant distractions and interruptions. This is why coders and other tech professionals don’t do the bulk of their work in places like coffee shops.

Late last year I decided I needed my own computer. While the family mid-2011 iMac (with additional RAM) was adequate for coding, I found that, because it was in the middle of the kitchen, it was hard to stay focused. Plus, since it was a family computer, I didn’t often have adequate permissions to download and install the apps I needed to work on programming and all the necessary “extras” that come with it (hosting, configs, setting stuff up etc).

So you could say flexibility was the main reason behind this build - I needed my own space with adequate permissions to work and a system that I was comfortable taking apart so I could upgrade it in the future if I ever needed to.

My goal was to have a computer to use both for school and programming. My initial plan was to get one of the previous pre-touchbar-model MacBook Pros and beef it up with a whole bunch of extras like additional RAM upfront, since pretty much every component of the newer MacBooks is soldered to the motherboard. I was also thinking of dual-booting it with some Linux distribution for development.

During my research, I talked to a very helpful rep at the Apple Store whose brother was a software developer. He explained to me that most developers generally don’t work from coffee shops and random places in public and instead prefer their home workstations where they can have a quiet environment to work. He also explained that each device (phone, tablet, laptop, desktop) had its own part to play in the overall computing “ecosystem” and each had pros and cons for things like portability, processing power etc. Considering my intended use, he recommended I get a device for school use, like an iPad, and a device for development at home, like an iMac. Then I would have the portability and power to suit my needs for a combined cost of about $1,000 less than that initial $4,000 MacBook.

So out the window went my need to purchase the most epic MacBook ever.

So far I had about $600 saved up, and after this discussion with the Apple Store rep I felt ready to buy an iPad. So after a relatively short browse through the iPad section of the Apple Store, I decided to go with the 32GB WiFi-only iPad Air 2. It seemed like a great fit, with the only hard decision being what color to pick (I chose silver backing with the white body to match my iPhone 6). All the other buying decisions seemed easy. iPad Mini? Too Small 12.9-inch iPad? Too big Cellular? Nice, but unnecessary (and costly).

While I’m still not sure whether it was an impulse purchase or not, I can say that overall, I was (and still am) happy with my iPad. I’ve found that I can actually able to do more than just editing text files (Textastic* is the app I use). With the pro version of the Working Copy app, I was able to use git and GitHub to a level that I thought was perfectly adequate for my new mobile workstation.

Being a teenager with no babysitting, lawn mowing or freelance jobs on the horizon, I decided to build my own Mac (also known as a Hackintosh) instead of buying one. It would be MUCH cheaper than a Mac of comparable specs. After one of my friends made me an initial part list, I started soliciting feedback and revising it as I came across new deals.

After a few months of binge watching LinusTechTips videos on YouTube, talking to friends and doing thorough research into parts, I eventually had a part list which bore zero resemblance to the one I started with.

The actual purchase of the parts was relatively simple, and, while I had let my budget go a little crazy towards the end, it all turned out great. The first part I bought was my CoolerMaster Elite 110 case which I admit was a bit of an impulse buy since the mail-in rebate was about to expire and I didn’t want to pass up my free $15 off of an otherwise $30+ case.

Effectively, I was buying all the parts from wherever I could find them cheapest (usually eBay). I did end up falling for a few scams and had to wait a week here and there to get my money back but in every case where the seller just didn’t respond, I just asked eBay to step in and I got my money back within 48 hours.

Here’s what I ended up with: 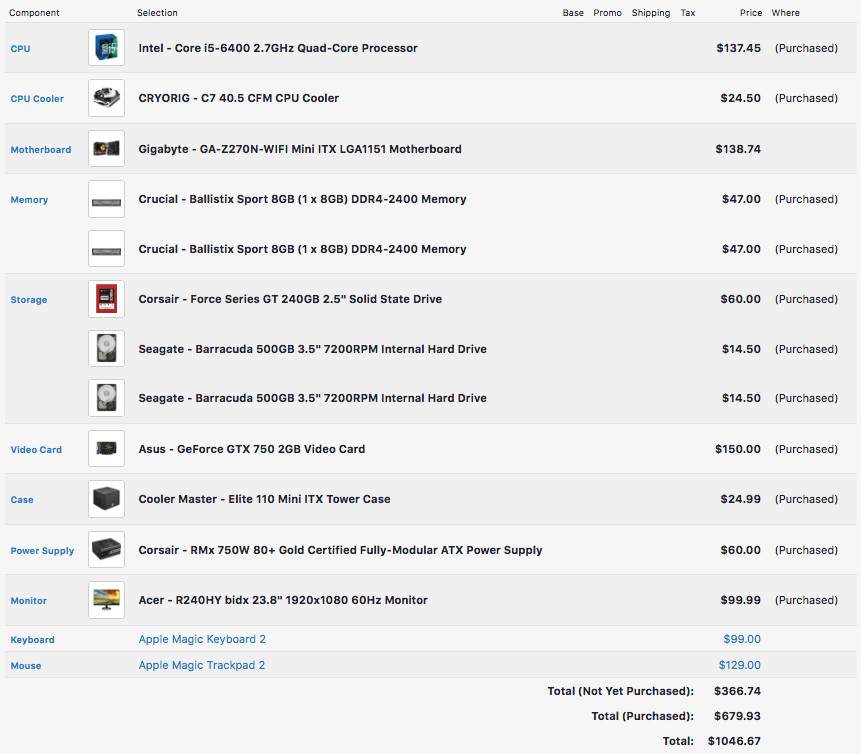 I did have two small changes to the build after I began buying parts. My original plan was to go with a Gigabyte Z270N-WIFI motherboard, but after finding a guide for the nearly-identical H270N-WIFI model and seeing that it was cheaper than my original motherboard, I decided to switch. I was also advised on the tonymac forums to get the Intel Core-i5 7400 instead of the older model i5-6400. 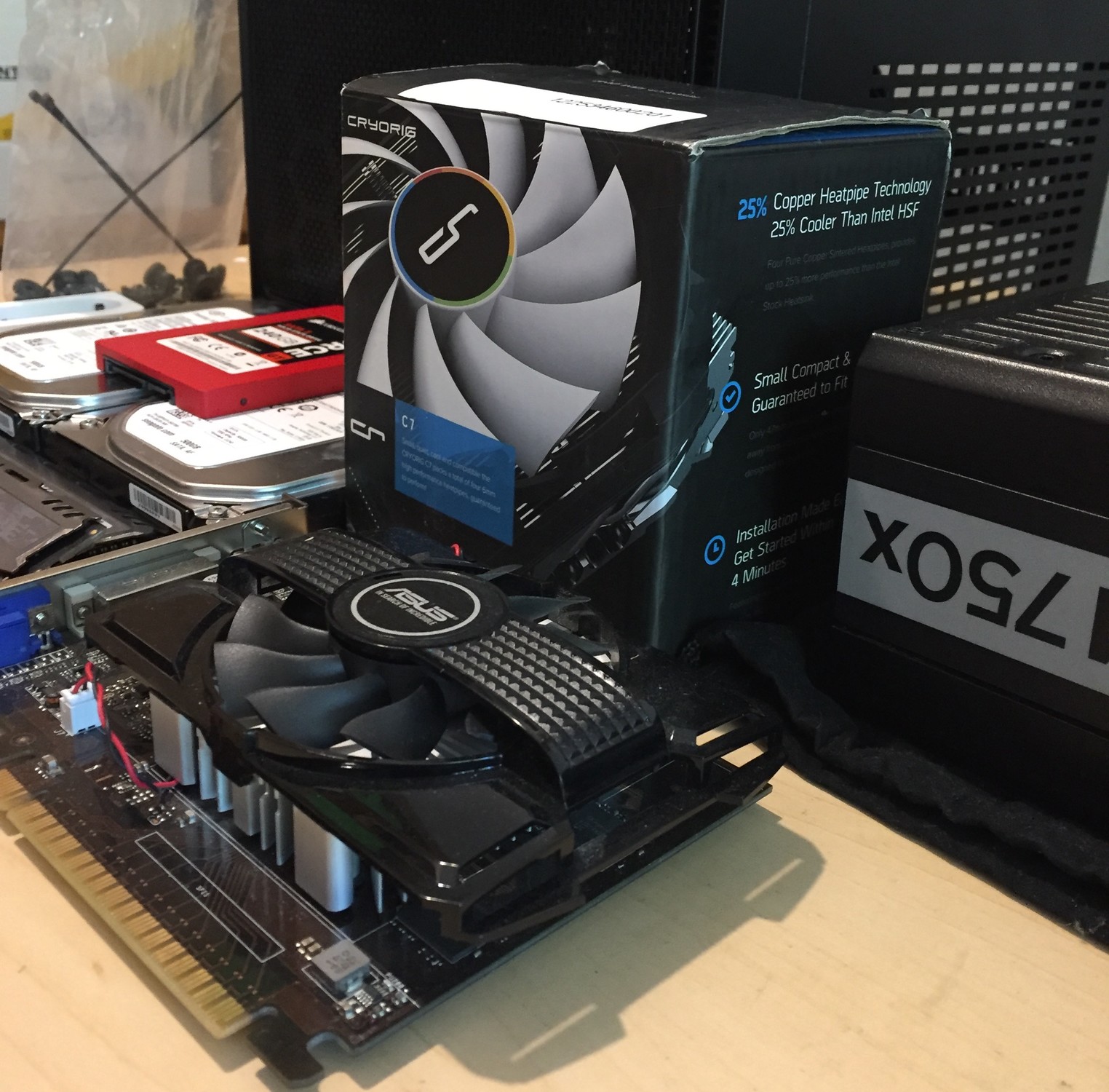 While waiting for the final part - the motherboard - I tried to make the most out of my extra time by making the bootable USB for installing macOS, screwing the standoffs into the case and organizing my room in preparation for the build. I also made massive progress on organizing my behemoth of a Photo library that had accumulated on our family iMac from years of importing photos from my iPhone.

When the motherboard finally arrived, I set to work assembling the computer using my knowledge acquired from all those videos. It took a little work to get all the wires to fit and get the power supply in there, but thanks to my pre-planning and research with the initial parts list, everything physically fit into the case and the computer booted into BIOS the first time I turned it on (I did assemble it outside the case first to check if it worked).

Installation of macOS Sierra was also a breeze. I didn’t have any major issues setting up my CoreStorage “Fusion” drive and installing macOS just took a while (as it normally does).

Now I have been using the Mac for a few weeks and I have encountered a few problems. One of which was my not realizing that the built-in wifi/bluetooth (networking) card was not compatible with macOS. Then, after ordering the new one, I realized that the new Apple network card didn’t physically fit into the A/E-keyed M.2 slot on my motherboard. So in the meantime, while I was waiting for my network card adapter to arrive from Hong Kong, I was using a 30-foot ethernet cable hardwired from the modem in my mom’s office down the hall. 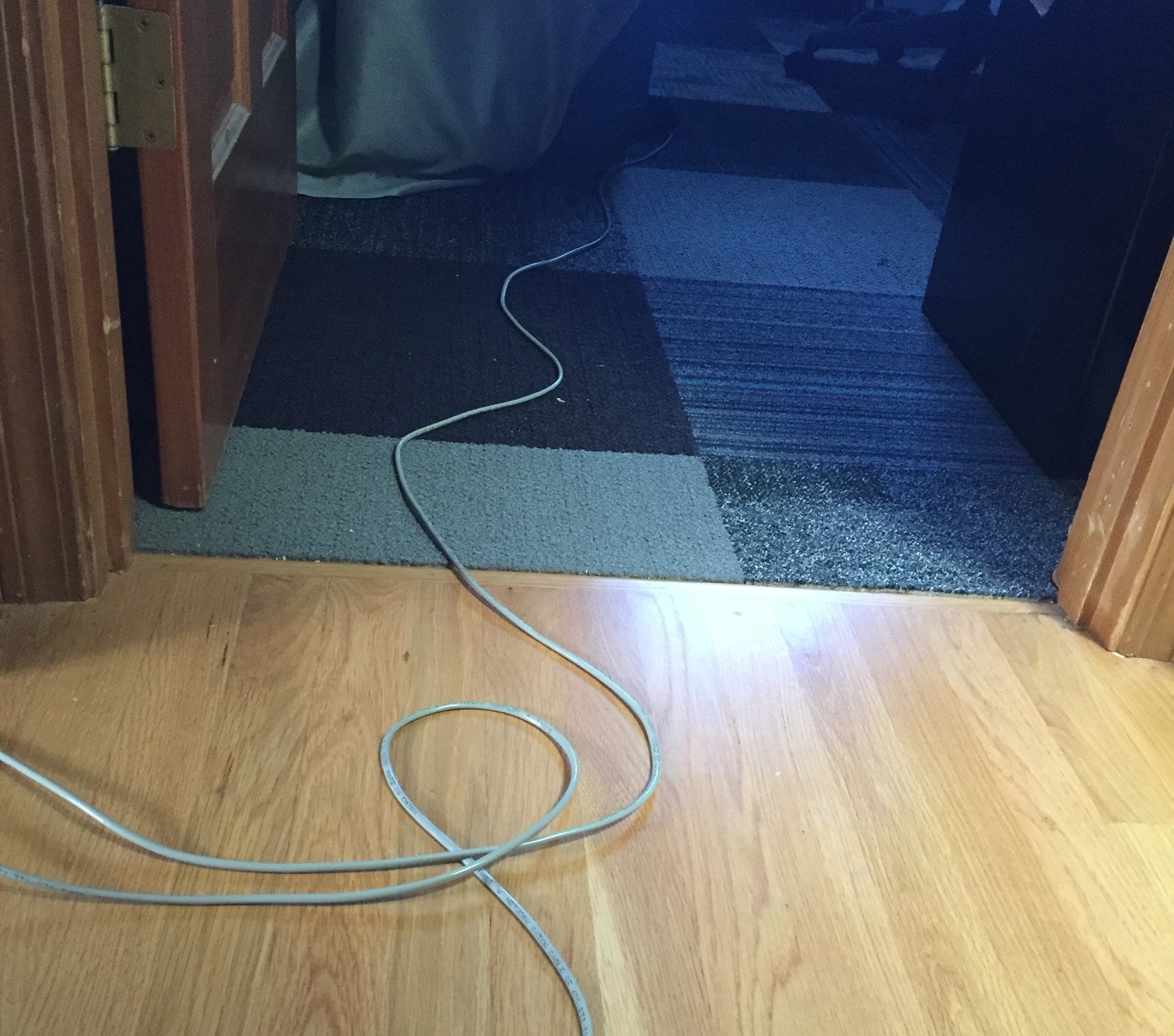 The other issue I encountered was when I tried to install a driver (or kernel extension) to see if I could get my PS/2 Keyboard to work with my computer and free up a USB port. However, I probably did something wrong because my Hackintosh kernel panicked on boot and I had to boot from my installation USB (which I thankfully still had) in order to remove the driver.

Building my own computer was a fun summer project where I learned a lot, not just about building computers, but also about how EFI boot works on newer operating systems and how to troubleshoot problems. If I had to do this build over again, I would definitely be more careful with eBay scams and maybe do some more thorough research regarding my network card so I’m not stuck waiting for an adapter to arrive.

And as for my budget, I was able to get some summer work lined up to help replenish the funds I pulled from my savings account. So I now have money in my account and a fully functioning computer thats in my own work area and not in the middle of the house.

Do you have any PC building tips to share?

*I had already purchased the Textastic app long before any of this ever happened.

This is the approximate story of how I started programming, found a goal to work towards, and came up with the username MoralCode